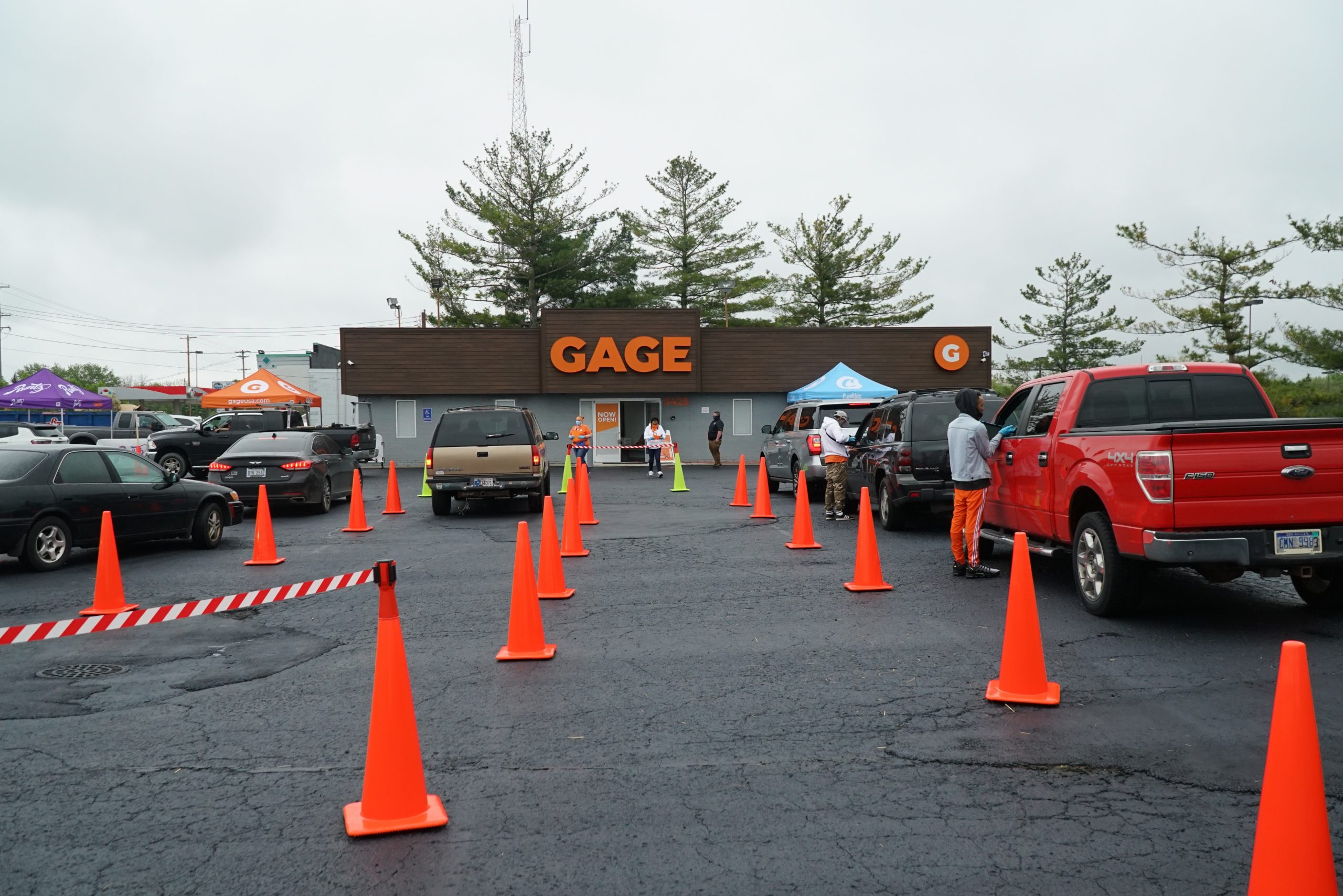 Thousands of small businesses like restaurants and mom and pop retailers continue to struggle for survival amidst the ongoing coronavirus outbreak.

Some that have closed their doors may not reopen them, even after the pandemic passes.

However, on a soggy Friday morning, amid an uncertain economic climate, a Lansing marijuana business held its grand opening.

The company, which plans to begin recreational sales at a later date, invested over $1.5 million into the facility.

Donnell Cravens, manager for Gage, was overseeing the opening Friday morning, a bandana covering his face.

"This is the first store that we've opened during the outbreak," Cravens said. "And it's been an interesting time, I'll say that."

"We're adhering to all of the CDC guidelines on how to stay safe with social distancing. We're issuing mandatory masks to all of our employees, constant hand sanitizing and sanitization schedules," he said.

The Lansing store is Gage's fourth opening in the state with nearly 10 additional locations in the works.

However, the outbreak has pushed the additional store openings to a later date.

"We delayed a lot of our openings...because of the pandemic," Cravens said. "But when we saw that things were potentially going to stay this way, we didn't want to delay. We hired a lot of people here in the Lansing area, a lot of Lansing residents, and we didn't want to hold that up. We figured if we could open safely we would."

Gage is not the only cannabis company to open a storefront in the state during the outbreak.

On Wednesday, Dimondale's Green Peak Innovations opened another of its Skymint locations in Traverse City.

The pandemic seems to have done little to slow down Michigan's cannabis industry.

Since March 11, the city of Lansing has issued 11 licenses to marijuana businesses, including six grow licenses and two adult-use retail licenses.

"It's been keeping us busy during the shutdown working from home," said Lansing City Clerk Chris Swope. "They have a lot invested in these businesses as well, so I'm sure that they want to get to the point where they can be making sales."

"As new businesses, they're all relatively new, it has to be a struggle for them as well," he said. "I hope they survive."

Due to the outbreak, Gage was providing only curbside service, its employees masked and gloved.

Gage's parking lot was mostly full in the minutes prior to its 9 a.m. opening; dozens of vehicles lined up, some fully occupied.

Chris Hernandez, of Grand Rapids, was the driver of the first vehicle in line. He had been there since 2 a.m.

"I just got out of work and figured it was a nice night wouldn't be too bad sitting out here since we could sit in the cars," he said.

"The only dispensaries I've ever done anything like this for are the Gage openings or Cookies openings," he said.

Cookies is a California-based cannabis brand that opened a storefront in January in Detroit. Gage partnered with the company to bring Cookies to Michigan.

Hernandez said the outbreak crossed his mind when deciding to make his trek, but that it did not deter him.

"Since we're just hanging out in our car. I'm not too worried about it," he said.